The anniversary of the SOPA Strike: Internet Freedom Day We kicked off 2013 with a bang. On the anniversary of our epic defeat of SOPA, we rallied the web again and millions celebrated the online freedom we’ve fought for. 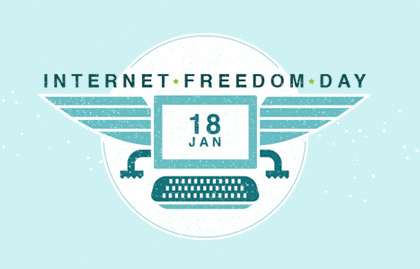 Never censor MLK We captured national headlines—and showed how far we still have to go —when our censorship defying video of Dr. Martin Luther King Jr.’s historic ‘I Have a Dream’ speech was TAKEN DOWN from Vimeo because of our broken copyright system. We re-uploaded it on YouTube, and it’s been viewed over 110,000 times. 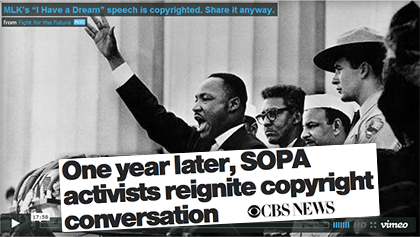 Fight for the Future is now a book Also on the anniversary of the SOPA strike, Professor Edward Lee released a full length book entitled “The Fight for the Future: How People Defeated Hollywood and Saved the Internet—For Now.” It’s an in-depth look at the SOPA fight and chronicles many of our early wins. 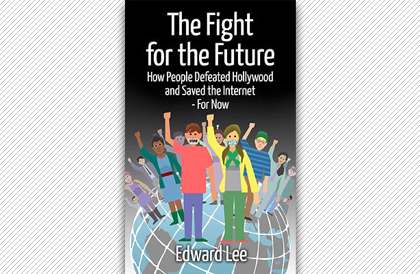 Feb 15th: We beat back CISPA We’ve been fighting for your online security since before it was the hip thing to do. Long before Snowden, we mounted a massive resistance to smack down CISPA—a bill that would have given agencies like the NSA even more power to invade your family’s privacy. Together with Demand Progress, we delivered over 300,000 signatures to Congress within 2 days after CISPA was reintroduced. 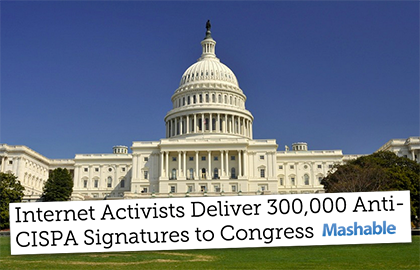 Battling "Six-Strikes" policies in the U.S. and giving people a better alternative ISP's and Hollywood came out to spy on and turn off people's Internet connection without due process in a program called Six Strikes. Corporate copyright holders, dismayed by their loss on SOPA legislation, went through a backdoor to get what they couldn't get from legislation. We called out their spying and abuse of monopoly power, and gave people a way to keep their private lives away from prying eyes by educating our members about getting a VPN. 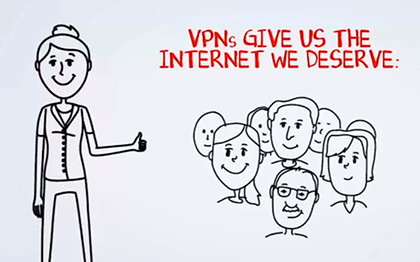 March 17: The Internet Defense League cat signal fights CISPA Telecom monopolies, defense contractors, and other corporate grinches were lobbying hard to pass CISPA. Its sponsor, Mike Rogers, claimed that no U.S. company opposed it—so we organized the tech community and raised the Cat Signal with Craigslist, Reddit, Mozilla, Duck Duck Go, Imgur, 4chan and 30,000 other websites participating. And, after Mike Rogers tried to slam CISPA haters as “14-year-old tweeters”, we found one who would debate him. 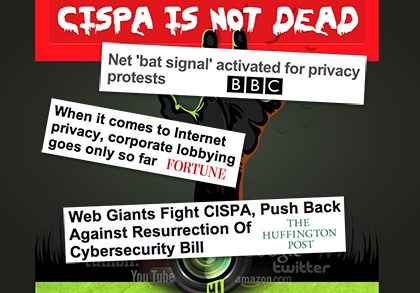 Reddit co-founder calls on the big web companies to come out against CISPA We couldn’t risk losing the public or the media’s attention on CISPA, so we kept the pressure on with a humorous video featuring Reddit Co-Founder Alexis Ohanian calling Google’s Larry Page that was viewed over 130,000. Feeling the heat from the public outcry, Facebook, Microsoft, and other tech companies dropped their support for CISPA.

We used the Internet to get an innocent teenager out of jail and protect free speech on the web. We know an important free speech fight when we see one, and when Cameron D’Ambrosio, a teenager from outside Boston, was arrested on terrorism charges for posting rap lyrics on Facebook, we swooped in. Within a few weeks, millions had learned Cam’s story through our viral petition, and we delivered over 90,000 signatures to the D.A. calling for Cam’s release, bringing international media attention to the issue. Days later, a grand jury refused to indict, and Cam’s charges were dropped. 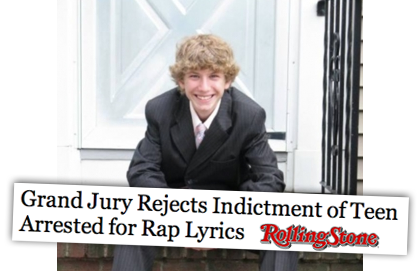 When the NSA story broke, we were there. Our new rapid-response CMS allowed us to stay up late the night that the very first NSA story about the Verizon order hit the Guardian. By the next morning we already had a campaign site up—as the story unfolded, we instantly started gathering supporters, driving tens of thousands of emails and phone calls to Congress. 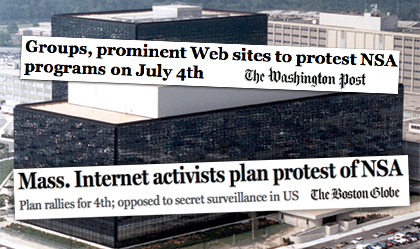 The largest coalition against US government surveillance ever We were early core members of the StopWatching.Us coalition, helping gather hundreds of advocacy groups, tech companies, and celebrities to oppose NSA surveillance. We worked tirelessly behind the scenes to deliver signatures, plan actions, and bring in new members. 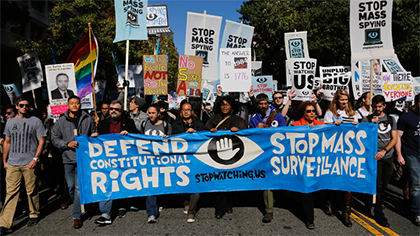 We took an Amendment that no one thought had a chance and came within 6 votes of defunding NSA phone surveillance The network we helped build with the StopWatching.Us coalition became all-important when an unexpected opportunity presented itself in the form of the Amash Amendment, which would have de-funded some of the NSA’s programs. In two days, we drove tens of thousands of calls to congress and brought the amendment within 6 votes of passing. The media went nuts, and members of Congress knew that change was inevitable. 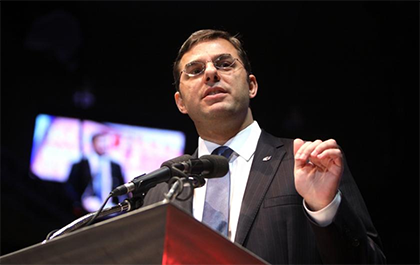 July 4th: The largest online privacy protest in history—on TV, the web, and in the streets. On the Fourth of July, we helped the Internet declare its independence from government spying. We got the 4th Amendment plastered everywhere, on the streets, on the airwaves, and on websites like Wordpress, Namecheap, Upworthy, BoingBoing, Reddit, Mozilla, Imgur, and Cheezburger, all helping to amplify the Restore the 4th protests happening in over 100 cities. Our IDL action sent tens of thousands more emails to Congress, reached millions on social media, and our members crowdfunded anti-surveillance TV ads that ran on Sunday morning CNN, bringing NSA resistance into the mainstream. 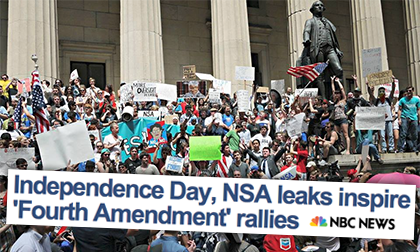 We created, then launched the crowdfunded NSA video on the side of a building in Manhattan. We developed and crowdfunded a groundbreaking video about NSA spying, and were honored to have actress / activist Evangeline Lilly narrate it. (You know her as Kate from Lost and Tauriel from The Hobbit.) The video was instantly shared across the net and had 150,000 views in the first day—but that wasn’t enough for us. We debuted it in style by projecting it onto the side of a huge building in Manhattan with hundreds of Internet freedom supporters turning out to watch the unveiling and to stand up against the NSA. 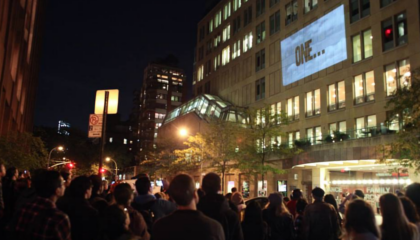 Watch The NSA Video for yourself:

Thousands in DC, 575K petitions delivered, and mainstream media attention Fight for the Future played an instrumental role in the organizing of the Stop Watching Us Rally, which brought thousands of people to DC in the largest protest yet since the Snowden revelations. We were on stage delivering over 575,000 signatures to Rep. Justin Amash, while the event gained mainstream media coverage on the Today Show and every major outlet. 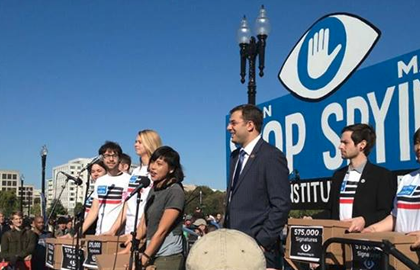 Bitcoin Black Friday: The first mainstream Bitcoin event draws the largest BTC transaction day in history We teamed up with some of the coolest merchants on the web to organize Bitcoin Black Friday, a celebration of the digital currency that challenges the credit card industry and has powerful potential for anonymity and free speech. It was a wild ride, and when the dust settled we had organized the largest single day ever in the history of Bitcoin commerce, and raised over $1 million for charity. 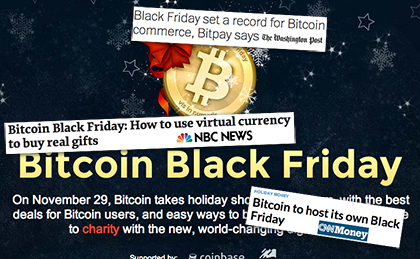 Fighting like hell on the Trans-Pacific Partnership For months we’ve been tracking the Trans-Pacific partnership, an international trade agreement that combines some of the worst aspects of SOPA and NAFTA and could lead to a more expensive and policed Internet. Working with OpenMedia, we helped collect over 120,000 signatures to world leaders opposing any form of net censorship, and have been organizing a coalition including unions, tech freedom advocates, trade groups, and environmentalists dedicated to stopping the TPP and opposing undemocratic Fast Track legislation. 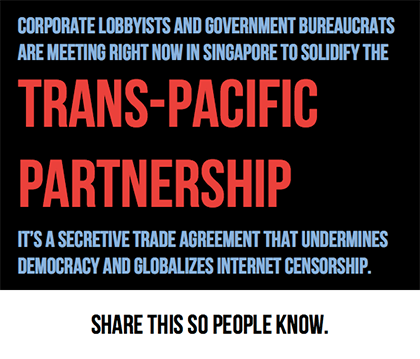 Breaking the White House's silence on getting the government out of your email. Working with a broad range of groups, we worked our social media magic to help promote a Whitehouse.gov petition calling for the Obama administration to support ECPA reform. Now the administration has to weigh in on this important legislation that gives the IRS and local police even more access to your email and text messages than the NSA has. 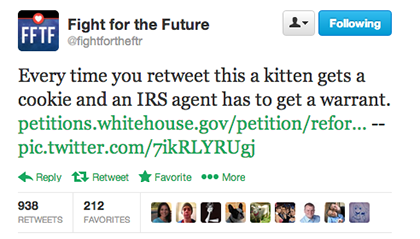 We fought for Pussy Riot, and now they’re free When we learned that jailed members of the band Pussy Riot—imprisoned for posting a protest video on the Internet—were facing brutal, life-threatening condititions, we launched SavePussyRiot.org on the anniversary of their imfamous punk prayer performance. We were just one of the many grassroots groups who fought for their safety, and we we’re excited to celebrate the recent announcement of their release. 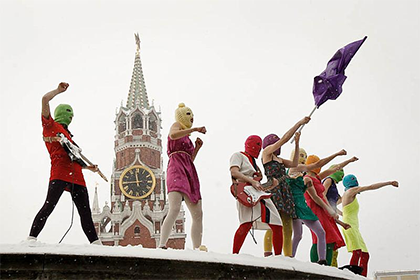 When we set out a year ago, no one could have imagined that in 2012, 24 million Internet users would emerge as THE political force to be reckoned with. Check out this impressive list of wins!

FFTF launches first campaign: FreeBieber.org to stop Senate bill 978.The bill would have made it a felony to post YouTube cover songs, with up to five years in prison. The campaign prompts 200,000 petition signers, 50,000 Facebook likes, coverage in hundreds of news and blog articles, including the Colbert Report, and the outcry of Justin Bieber himself. The ‘Bieber Bill,’ as it soon came to be known, was never voted on.. 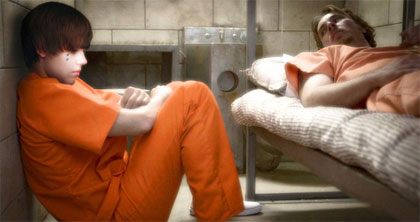 American Censorship Day is held on the date of the first SOPA (Stop Online Piracy Act) hearing.The bill, together with the Senate’s Protect-IP Act (PIPA) faced minimal public resistance despite the fact that they could be used to censor or shut down any website. In protest, over 6,000 websites agree to use our "stop SOPA censorship" widget to black out their logo. The campaign generated over two million petition signers, one million emails and 84,000 calls to Congress.

We build Godaddyboycott.org for reddit’s protest against then-SOPA supporter, GoDaddy.Over 80,000 domain names are transferred from the world's largest domain registrar in a matter of days. Less than a week later GoDaddy withdraws their support.

FFTF partners with Public Knowledge to organize over 50 in-person meetings with members of Congress over the January recess.Senators begin to rescind their support for PIPA, citing discussion with their constituents as a reason. President Obama comes out against SOPA.

SOPA and PIPA get shelved.MPAA's President and former senator Chris Dodd, one of the foremost champions of SOPA, likens the SOPA protests to the Arab Spring.

On the heels of SOPA defeat, hundreds of protests explode over Europe to protest Anti-Counterfeiting Trade Agreement (ACTA) — ‘Europe’s SOPA’.FFTF builds an international tool to support activists around the world to push back on the Agreement.

The Obama administration's attempt to revive SOPA legislation is visited with FFTF's ObamasInternet.com. The campaign generates 80,000+ emails, pushing back on any new SOPA-like legislation.

Cyber Intelligence Sharing and Protection Act of 2011 (CISPA) defeated after our DoYouHaveaSecret.org site drives thousands of emails and phone calls to Congress.The bill, which was ostensibly directed to prevent threats to cybersecurity, was written so broadly that it could easily be used for government spying and censorship.

Internet Defense League is born out of the SOPA Strike.FFTF creates a permanent force that can broadcast action messages across the web when a threat or opportunity for the web arises.

Center for Rights launches YourExcuseSucks, a social voting app and website that uses peer pressure and accountability to encourage voting.

Senate Judiciary Committee votes to update the Electronic Communications Privacy Act (ECPA).More than 10,000 people use tools at VanishingRights.com to demand that Congress update the outdated existing law which allowed police to spy on email without a warrant.

ITU meetings end in disarray after Fight for the Future, Avaaz, and a broad coalition of NGOs deliver over 1 million signatures to delegates at their annual gathering.Public outcry from our WhatistheITU.com campaign with Access brought international focus on the ITU and a proposed treaty that would move Internet governance to a top-down United Nations agency that operates behind closed doors and under corporate influence. Ultimately, 61 of 150 nations rejected the agreement and refused to sign.