Crowdfund a Billboard to stop the PATRIOT Act 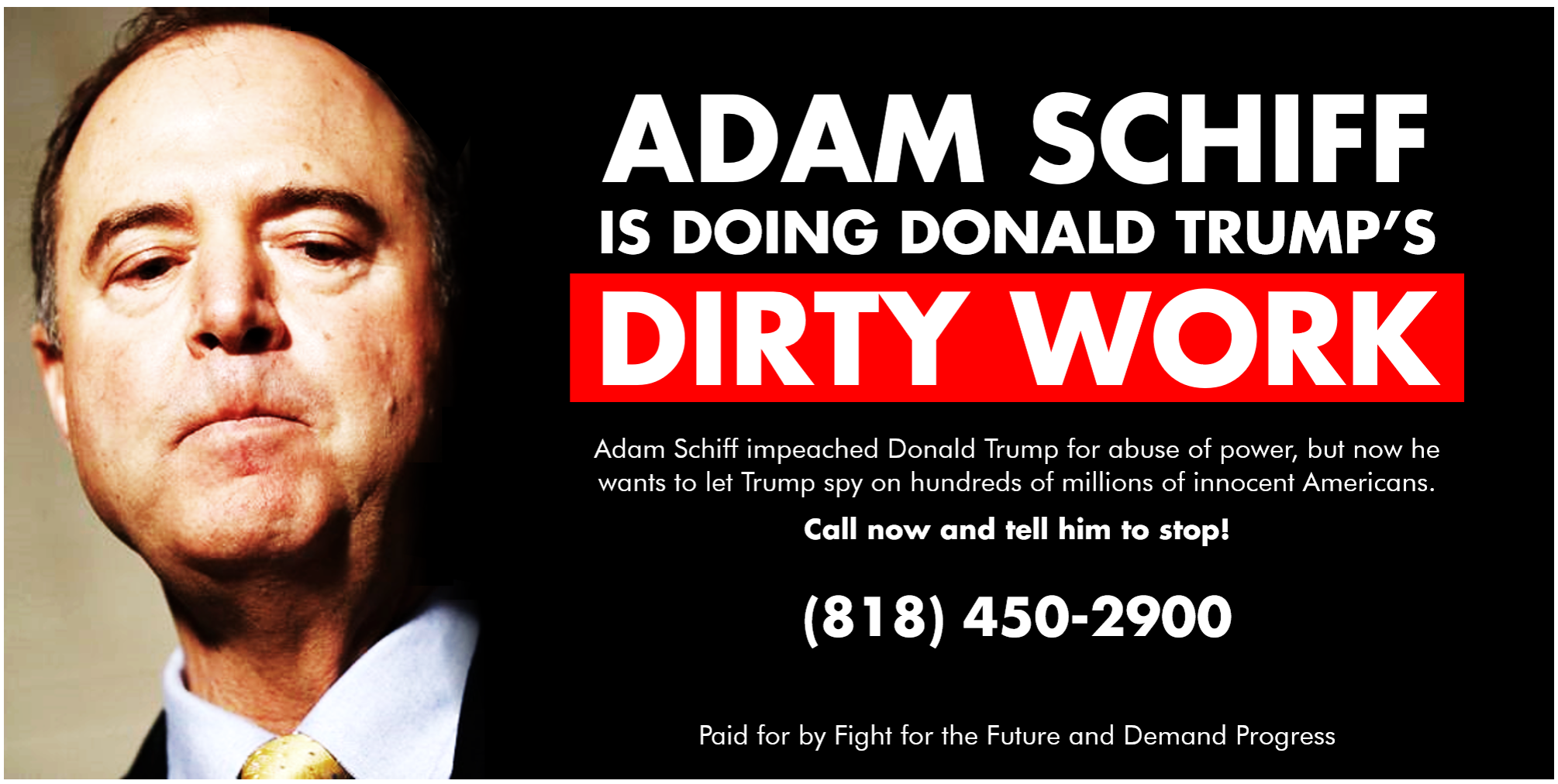 Adam Schiff wants to reauthorize the PATRIOT Act, giving Donald Trump the power to spy on hundreds of millions of innocent Americans. Even worse, Schiff is sabatoging any attempts to rein in the president's terrifying surveillance powers. So we're crowdfunding a billboard in Schiff's home district to let his constituents know he's doing Trump's dirty work. Donate now to help us fight reauthorization of the dangerous PATRIOT Act.

Choose the amount of your gift:

Important legal information for donors: in order to run effective grassroots campaigns aimed at Congress, Fight for the Future is a 501(c)4, so donations are not tax deductible as charitable contributions or as business expenses under IRC §162(e). 🙏

You can make tax-deductible donations to Fight for the Future Education Fund, our sister 501(c)3 organization.