We harness the power of the Internet to channel outrage into action, defending our most basic rights in the digital age. 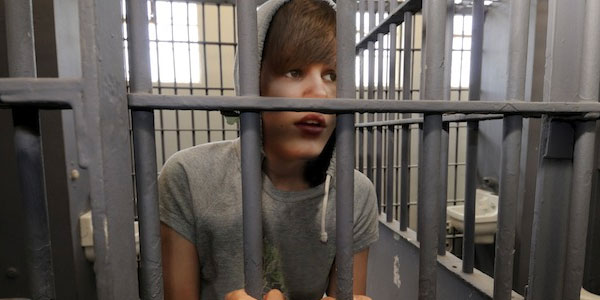 Fight for the Future’s first campaign targeted Senate bill 978, which would have made it a felony for anyone to post a video of themselves singing a copyrighted song to YouTube or any other online website. The campaign prompted 200,000 petition signers, 50,000 Facebook likes, coverage in hundreds of news and blog articles, and even gained the attention of Justin Bieber himself. Ultimately, Senate bill 978 died without a vote. 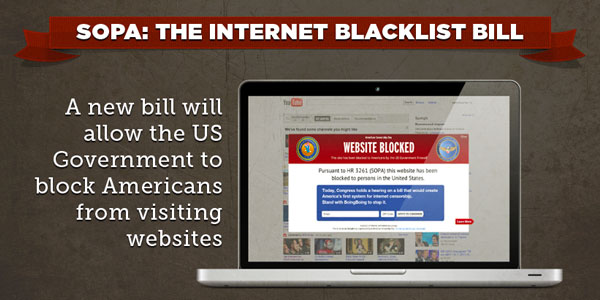 Over 6,000 websites — including Wikipedia and Firefox — participated in American Censorship Day to protest the dangerously misguided SOPA and PIPA leglislation. More than two million people signed our online petition, while one million people sent emails and 84,000 made calls to Congress. 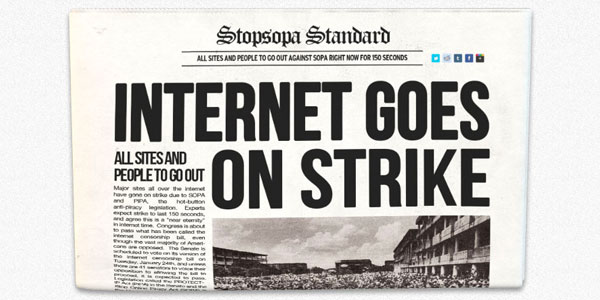 The Internet Goes on Strike

In the largest Internet protest to date, more than 115,000 websites joined forces to educate the public about the dangers SOPA and PIPA legislation represented to digital freedom. Over 12 million messages of protest were delivered to Congress, causing the bills to be shelved indefinitely. 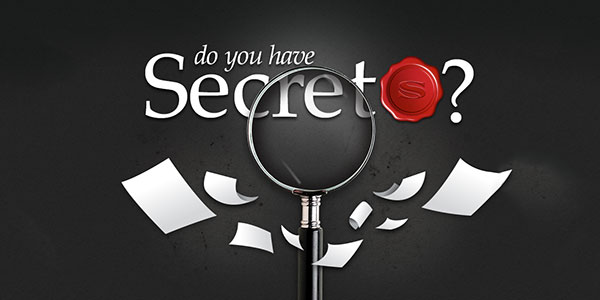 Do You Have a Secret?

Congress once again debated another dangerous piece of legislation, this time called CISPA. Our website, DoYouHaveaSecret.org, drove thousands of emails and phone calls to Congress, helping to kill the bill in the U.S. Senate. 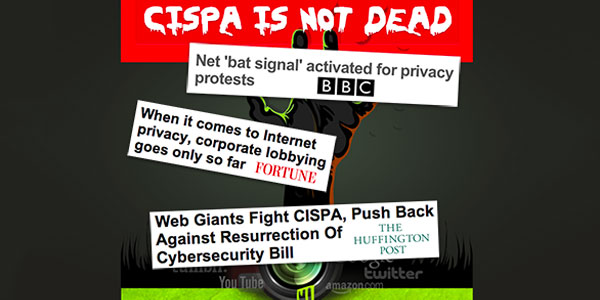 Our opponents never give up. But neither do freedom fighters. After CISPA was reintroduced to Congress, we collected more than 300,000 signatures from people opposed to the bill and delivered them to our lawmakers in Washington. We also rallied support from Reddit, Mozilla, Imgur, and 30,000 other websites to oppose this historically unpopular legislation. Once again, this bill was shelved. 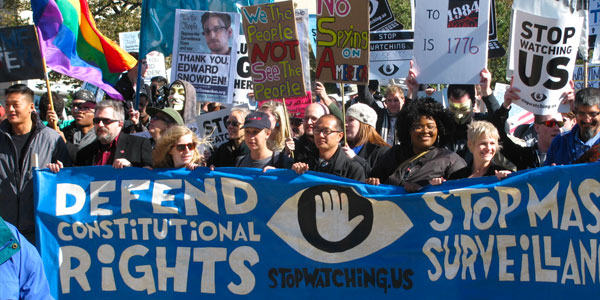 On July 4th, we participated the largest online privacy protest in history… and then we took the protest offline and into the streets. As part of the StopWatching.Us coalition, we helped draw national attention to the NSA’s privacy abuses while delivering 575,000 signatures on a pro-privacy petition to Congress. 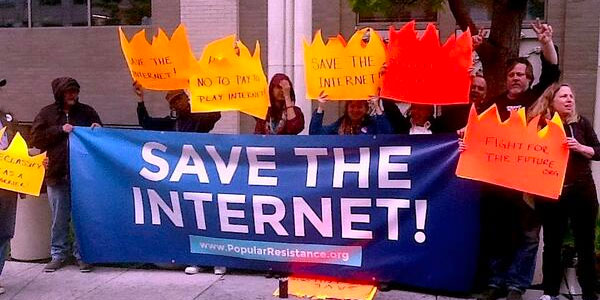 In May, more than 15 protesters held a week-long vigil outside of the FCC to advocate for the reclassification of broadband Internet under Title II protections. 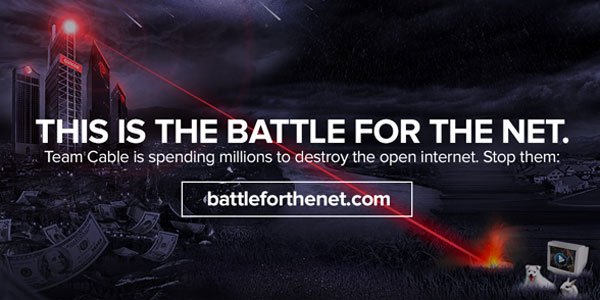 Battle for the Net

Battle for the Net launched on June 15th and has become the most used net neutrality action site on the Internet, driving millions of comments to the FCC, emails, and phone calls to lawmakers. 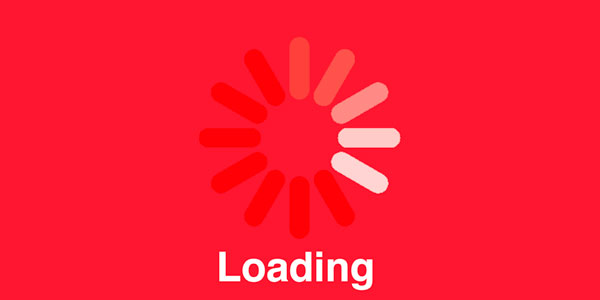 The worlds’ most popular websites participated in the Internet Slowdown day of protests, submitting more than 4 million comments to the FCC in support of net neutrality. And driving tens of thousands of phone calls to Congress. 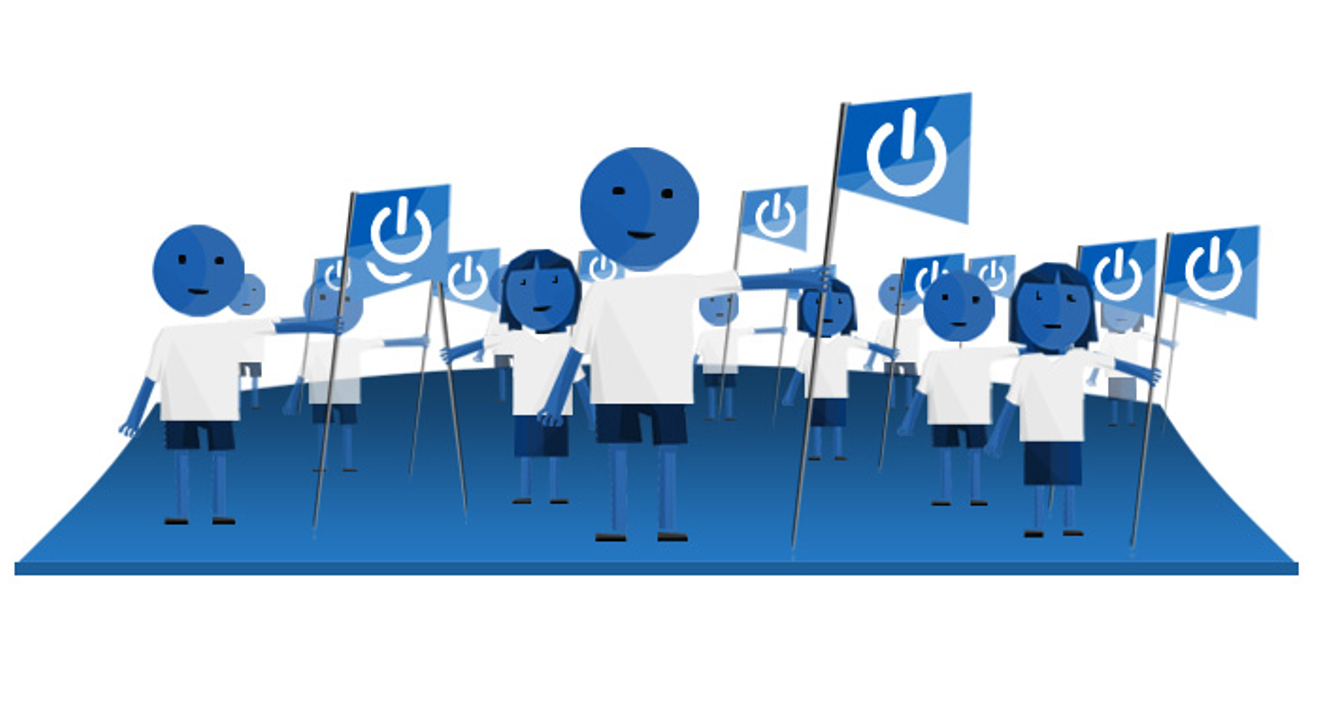 We took back our privacy by building a coalition of tech companies and human rights organizations that protect your sensitive information using security measures like SSL and end-to-end encryption. 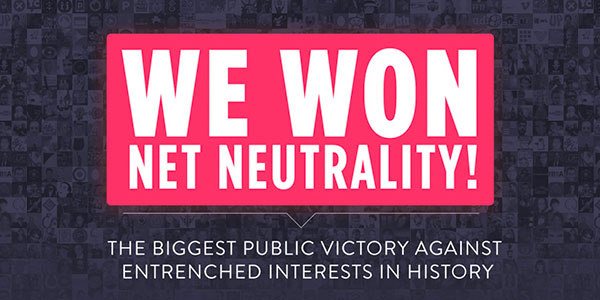 Net Neutrality Victory at the FCC 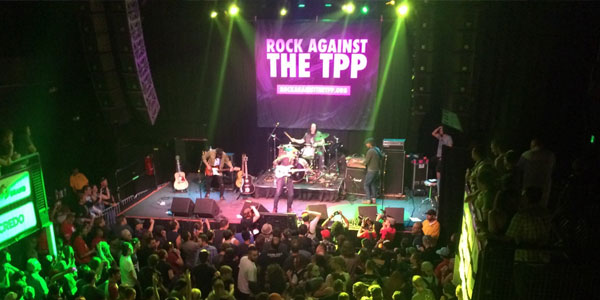 Rock Against the TPP

In collaboration with Tom Morello’s Firebrand label, Fight for the Future launched the Rock Against the TPP festival on July 21st. The festival featured a variety of artists including Morello, Anti-Flag, Flobots, Talib Kweli and Jolie Holland playing music to raise awareness and promote opposition to the secretive TPP legislation. Ultimately, the United States withdrew its support for the TPP. 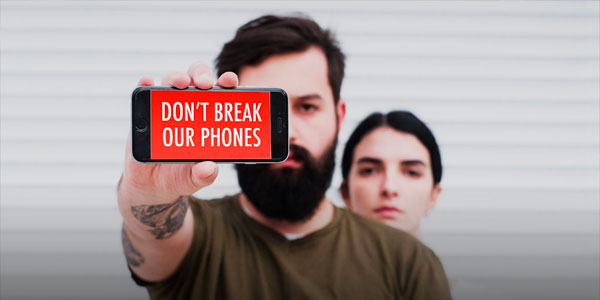 When the FBI obtained an unprecedented court order trying to force Apple to crack their own security measures, we sparked hundreds of snap protests outside of Apple stores across the nation. Apple held firm, and eventually the FBI abandoned their legal efforts against the tech giant, a huge victory for privacy and human rights. 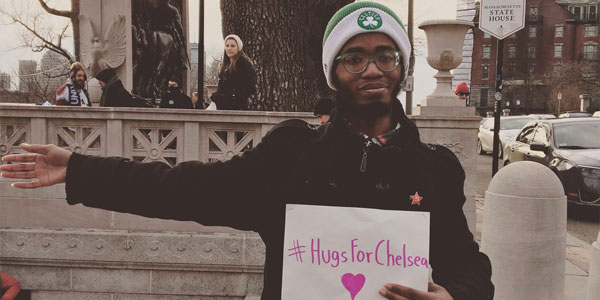 We launched an online petition asking the Obama administration to commute the sentence of tech whistleblower Chelsea Manning. The hugs poured in as the campaign went viral, and activists such as Tom Morello, Graham Nash, and Michael Stipe collaborated on a benefit album. Ultimately, we collected over 100,000 signatures in support of the jailed whistleblower, whose sentence was commuted. We’ve continued to support Chelsea as she faces jail time for resisting an unjust Grand Jury. 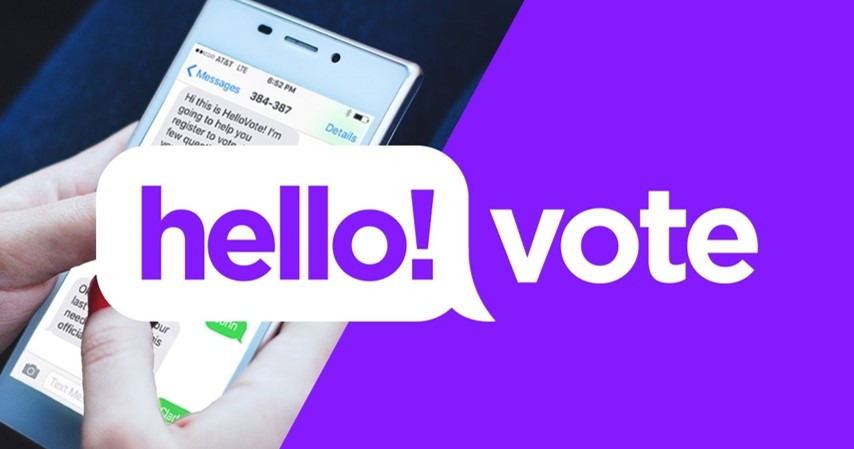 Our revolutionary HelloVote chatbot made it easy to register to vote by text message or Facebook Messenger. 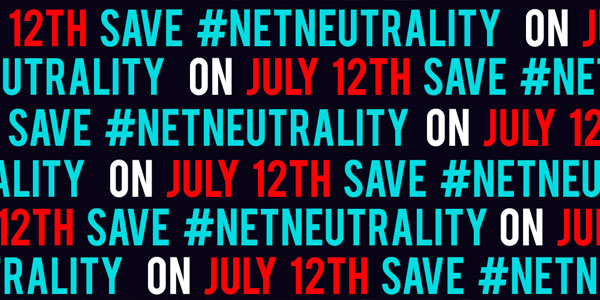 When Ajit Pai’s FCC announced plans to eliminate net neutrality, Fight for the Future organized major digital platforms like Tumblr, Reddit, Tinder, Netflix, and more to inform the public of the impending danger. Nearly 3,500,000 emails were sent to Congress and more than 1,600,000 comments were made on the FCC’s website in support of net neutrality. 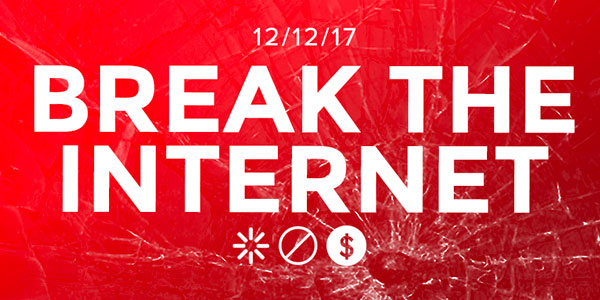 Ahead of the FCC’s vote to eliminate net neutrality, we launched a major protest online, supported by in-person events all over America. Nearly one million emails were sent to Congress, while over 450,000 phone calls were made in favor of strong net neutrality protections. The FCC ignored the overwhelming majority of Americans and repealed net neutrality, but the unprecedented backlash we generated has laid the foundation for its return. 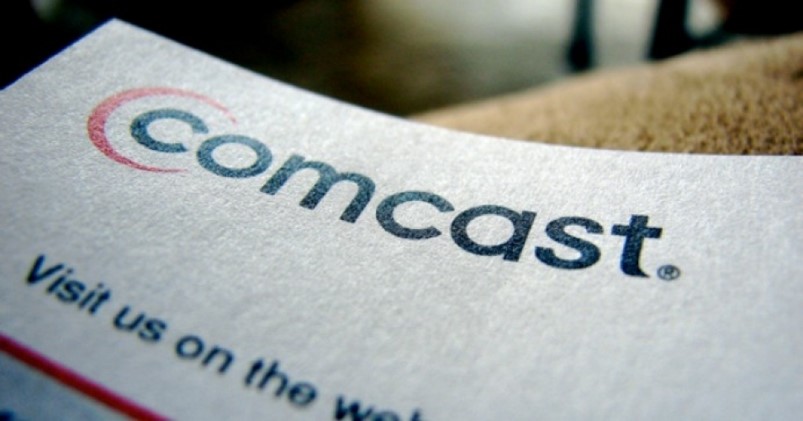 Someone submitted over one million anti-net neutrality comments to the FCC using stolen names and addresses. We called for an investigation. 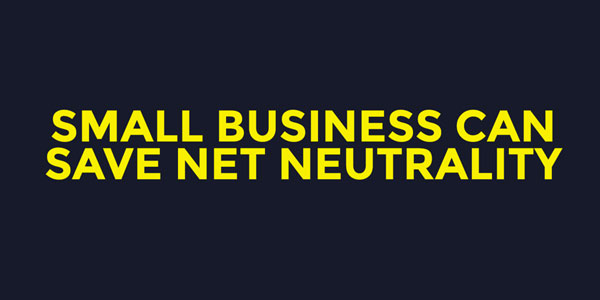 During National Small Business Week, we rallied more than 6,000 businesses from across America to sign our open letter asking Congress to restore Title II net neutrality protections. Dozens of small business owners even volunteered to hand-deliver the letter to their representatives. Small business support for a free and open Internet became a key point in the debate for net neutrality on the Senate floor. 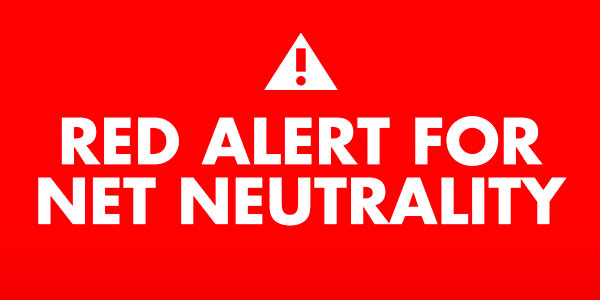 When the Senate scheduled a vote to overturn the FCC’s disastrous decision to repeal net neutrality, Fight for the Future launched a Red Alert across the entire Internet. In coordination with tech companies such as Etsy, Postmates, and BitTorrent, we sent over 200,000 emails and 80,000 calls to Congress, helping the Senate to pass a CRA to restore net neutrality on May 16th. 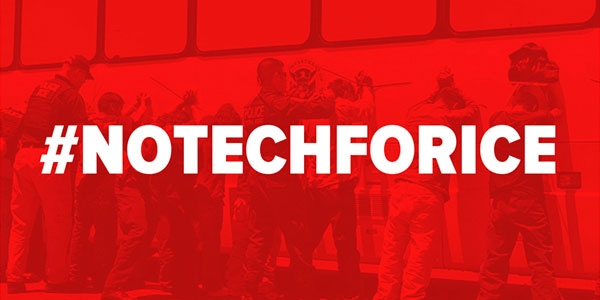 US tech companies play a significant role in the human rights abuses carried out by agencies like ICE. As public outcry grew in the wake of the family separation crisis, we launched a number of online and in-person protests targeting tech companies' contracts with ICE and border patrol. Dozens of immigrants rights and racial justice groups have continued to carry that fight forward. 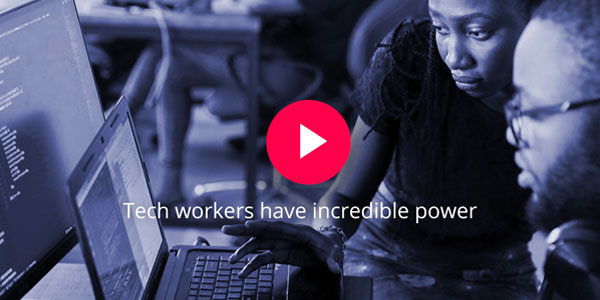 Fight for the Future launched SpeakOut.tech, a campaign that directly calls on employees of big tech companies to blow the whistle on unethical uses of technology. This campaign came as a response to the increasing number of tech employees organizing and calling out their companies for powering human rights abuses. SpeakOut.tech serves as a hub of resources, support, and encouragement for tech workers who want to blow the whistle on Silicon Valley. 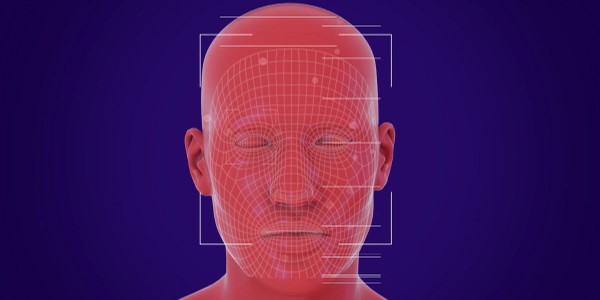